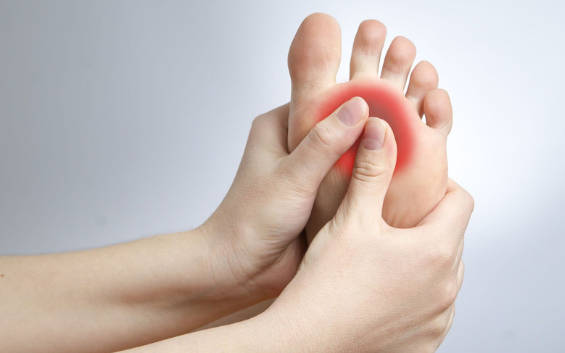 Currently in Argentina the authorization of the application of HBOT in diabetic foot with classification of Wagner 4 and 5 and ulcerative lesions due to the scientific evidence is based on studies with rigid cameras working at 2.5 atm. There is a minimal risk of developing adverse events related to hyperbaria and oxygen toxicity at pressures greater than 2 ata1. This considerably limited the production of scientific evidence in ulcers with lower classification or lower ischemic commitment of the diabetic foot, because the indications were conditioned to patients with absolute indication for the treatment.

The Undersea Hyperbaric Medicine Society recommends hyperbaric oxygenation treatment in 14 pathologies and suggests its use in other pathologies, including the application in diabetic foot ulcers2. The European Committee for Hyperbaric Medicine (ECHM) holds periodic multidisciplinary consensus meetings in which the current status of the main aspects of the specialty is reviewed. The latest revision of the current indications, and the level of evidence of each one of them was analyzed in the X European Congress of Consensus that took place in April 2016.

About the lesions in diabetic foot the complementary indications are already “Certainty of type 2”. It is suggested that HBO can be applied in these indications for which there is a significant number of publications and a high consensus on its efficacy3 because the neuroexcitability is much lower in patients receiving HBOT at 1.4 atm than at 2.4 atm4 and considering that from 1.4 atm is the definition of hyperbaric medicine2. An expansion of the range of pathologies is foreseen for the fact that HBOT is beneficial.

There was obtained clinical evidence supporting the clinical use of HBO as adjuvant treatment in diabetic foot ulcers and even in 2015 a practical guide was established recommending its use in ulcers classified as Wagner III or higher 5,6,7. There is evidence of a reduction in the rates of major amputations and even in the rates of infection in hand ulcers and diabetic foot8,9,10.

Although there are few studies that demonstrate the clinical efficacy of HBOT at medium pressure in diabetic foot ulcers because it is an innovative technology whose use is in full diffusion and development, the therapeutic effects of applying hyperbaric oxygenation at medium pressure are amply demonstrated by the experience of many doctors who use these cameras.

HBOT acts to favor wound healing through tissue hyper-oxygenation, vasoconstriction, fibroblast activation, inhibition of inflammatory cytokine production and release, stimulation of growth factors and neo-vascularization, antibacterial effect, the formation of granulation tissue, the potentiation of the antibiotic effect and the reduction of leukocyte adhesion11. In particular, the angiogenic effect is favored by the action of HBO on regional growth factors, vascular endothelial growth factor (VEGF), on the recruitment and differentiation of circulating stem / progenitor cells (mediated by the activity of nitric oxide synthetase in bone marrow bone) and on the production of extracellular matrix11.

Regarding the anti-inflammatory effect, common denominator of the clinical benefits that contribute to the healing of diabetic foot ulcers and wounds in general, greater clinical benefit is achieved at 1.5 atm than at 2.4 atm (pressure at which work most traditional rigid cameras). In a model work on hypoxic chronic wounds12 it was studied the expression of 92 protein mRNA genes related to hypoxic wound healing (inflammation, angiogenesis, cell signaling, apoptosis, oxidative stress, etc.) that are expressed in endothelial cells,
submitting them to treatment with 100% oxygen at 1.5 atm and 2.4 atm.

Interestingly, by comparing the expression of genes, HBOT at 1.5 atm affects much more genes more strongly than at 2.4 atm. There was even a greater reduction in the expression of mRNA of interleukin 8 (a potent neutrophil chemotactic agent involved in the inflammation of chronic wounds and many pathologies with an inflammatory component 24) at 1.5 ata. The evidence was so strong that it led the authors to suggest this pressure (widely used nowadays for the treatment of brain traumas) to be used as effective and safer in HBOT of chronic wounds12 instead of pressures greater than 2 ata reported in other works.

It is not surprising that analgesia is achieved at 1.5 atm13 and that angiogenesis by increasing the oxygen supply to 100% (even in normobaric conditions) is increased with an important effect achieved to 2.0 ata by the model in I live from Matrigel14. It is clear that angiogenesis is dose-dependent, however, reaching between 100 and 200 mmHg of oxygen at the tissue level is sufficient to achieve the repairing healing angiogenic effect in hypoxic wounds, and even more so from 2 atm not only does not increase the angiogenesis but close to 3 atm, there is probably a decrease in it to a toxic local tissue effect 14,15.

When the proliferation and differentiation of osteoblasts in vitro is increased to 1.5 ata with respect to the control without treatment, as well as calcium deposition16, bone involvement in chronic diabetic foot wounds with Wagner grade 4 or 5 ulcers is frequent, so HBOT at this pressure would favor wound recovery and bone regeneration. Only with pressures as low as 1.3 atm muscle regeneration can be achieved in the animal model17.

The application of HBOT and even HBOT of medium pressure in diabetic foot ulcers is effective, and by accelerating the recovery of the patient can avoid treatments and additional medical procedures that increase the cost in health. From the AAMHEI we recommend the use of high and medium pressure HBOT for the adjuvant treatment of diabetic foot ulcers, based on the scientific evidence and the medical experience acquired by the professionals we integrate it.