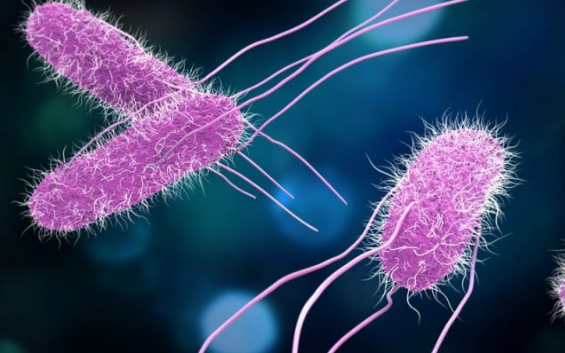 Hyperbaric Oxygen Therapy (HBOT) plays an important role in treating necrotizing infections. The hyperbaric chamber can be an adjuvant for surgical debridement and antimicrobial treatment. Consequently, it can decrease morbidity and mortality in these infections.

The necrotizing infection with the highest mortality is clostridial myonecrosis, which occurs in the muscle and is caused by Clostridium perfringens, with a very torpid evolution, high mortality (up to40%). There are no randomized clinical studies of hyperbaric oxygenation treatment in this type of infection due to ethical considerations.

HBOT manages to inhibit Clostridium perfringens and inhibit the action of its toxins. Among them the alpha-toxin, which is the lecithinase with greater action in tissue degradation and the formation of micro clots to achieve a progression in necrosis. Hyperbaric oxygenation treatment manages to have a bacteriostatic effect and then, with the number of sessions, inhibit the bacterial alpha-toxin.

In a 2004 work, the incorporation of hyperbaric oxygen therapy in the treatment of clostridial myonecrosis managed to significantly reduce mortality to 15% and even 5% when more sessions were provided.

A review of the treatment of hyperbaric oxygenation in patients with necrotizing fasciitis developed different types of scientific evidence. In many cases, mortality was significantly reduced. In cases where it was not achieved, only 6 sessions were conducted.

In a retrospective work involving more than1000 patients, a comparative study was made between those who received hyperbaric oxygenation treatment and those who did not. Mortality, morbidity, cost, and length of stay were evaluated. Although there was an increase in the related cost and hospital stay, mortality decreased significantly in the groups of patients treated with the hyperbaric chamber with respect to the retrospective control group. It was even seen that this effect is greater in patients with higher severity syndrome (SOI), in which this decrease in mortality was more significant.

Another work-related to mortality showed that patients who have necrotizing infections and who receive hyperbaric oxygenation treatment have a lower degree of progression to sepsis and shock. In experimental animal models, it was found that HBOT has a protective effect against the development of lipopolysaccharides from bacteria involved in infections that will develop sepsis or septic shock or trigger all biochemical events that lead to this type of torpid evolution and that contribute to the mortality of this type of infections.

It is also important to consider that a type of necrotizing infection is caused by fungal elements, so HBOT proved to be efficient in the treatment of mucormycosis. That is why this type of patient can be considered to incorporate hyperbaric oxygen as an adjuvant in their treatment.

A very interesting analysis of the year 2017performs a multivariate study in which the days it takes to carry out infection control are evaluated. This is the first and most critical stage in the treatment of necrotizing infections. With regard to the moment when hyperbaric oxygenation treatment is established and the number of daily sessions, its rapid implementation is the most critical factor in reducing and controlling the infection. To be more effective, HBOT must be established within 24-48hours after the start of the diagnosis and conventional treatment and with a frequency of at least two daily sessions.

This is how the treatment of necrotizing infections is incorporated into the absolute indications of the European consensus of hyperbaric medicine. Hyperbaric oxygen controls these types of infections. First, hypoxia decreases by giving it the means so that the bacteria cannot continue to exert their progression in the infection. In addition, it reduces inflammation, has a long-term bactericidal effect, decreases the release of pro-inflammatory interleukins and tumor growth factor-alpha, leukocyte adhesion and the formation of micro clots that contribute to necrosis in this type of infections.

Hyperbaric oxygen therapy should be considered whenever there is a necrotizing infection of any type because it decreases mortality and can significantly decrease morbidity, amputations, and progression to sepsis in this type of patients.