THE HYPERBARIC OXYGENATION THERAPY IN BURNS 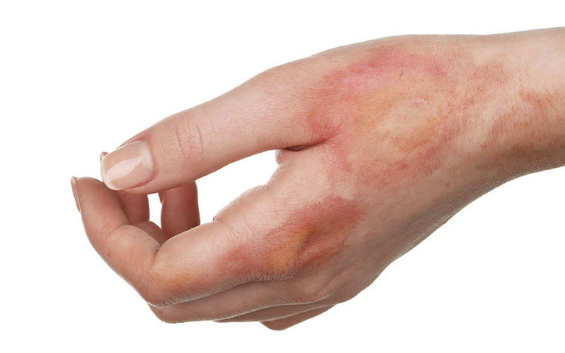 The first works that demonstrate the effectiveness of HBOT as adjuvant in the treatment of burns are from more than 50 years ago in miners treated for carbon monoxide poisoning, where an acceleration in the healing of their burns injuries was evidenced.

Since then, efficacy has been proven based on the results obtained through animal studies and clinical data in humans. When soft tissues such as skin and muscles are affected by burns, the blood flow in the damaged area is greatly reduced, causing a localized lesion that is usually surrounded by normal tissue, including the skin and subcutaneous tissue.

The reduction of the flow causes an area of edema and inflammation that radiates in all directions, even to distant tissues not affected by the burn. The swelling can extend deeply and affect muscles and peripheral skin, causing even greater damage than the initial injury.

Hyperbaric oxygenation therapy as adjuvant to conventional treatment with topical sulfadiazine reduces inflammation and edema, promotes re-epithelialization, decreases hypoxia, prevents expansion and accelerates the healing of hypoxic and ischemic burns. It also favors the implantation and revascularization of grafts performed in burns by accelerating healing, improving oxygen perfusion and favoring the irrigation of the graft or implant performed.

In large burns it was shown that the incorporation of HBOT should be as early as possible and considerably reduce the incidence of infections, sepsis and mortality.